Here’s how to annoy your co-workers with your emails…

If you want to annoy your co-worker, tell them you want to touch base about a no-brainer game-changer mission statement that you are working on.

This is according to the most hated office jargon, which was compiled by UK website Glassdoor. Turns out, people hate email jargon just as much as they hate office jargon, a survey by Adobe revealed.

So if you have successfully put off your colleague with your empty phrase bingo, follow up with an email, but be sure to include the following terms, which were voted most annoying by the survey’s participants.

First of all, you should say that you are not sure said colleague got your last email, a classic passive-aggressive way of implying they were ignoring you. Twenty-five percent of employees found this annoying.

Next, repeat what you wrote in that first email by using the phrase “per my last email” (annoying to 13 percent) or “as previously stated” (voted annoying by 9 percent).

Finally, ask for “updates” (11 percent are annoyed by this) and end on “please advise” (9 percent disliked this).

Make sure to “re-attach” materials “for convenience” to annoy the remaining 6 percent of your co-workers. 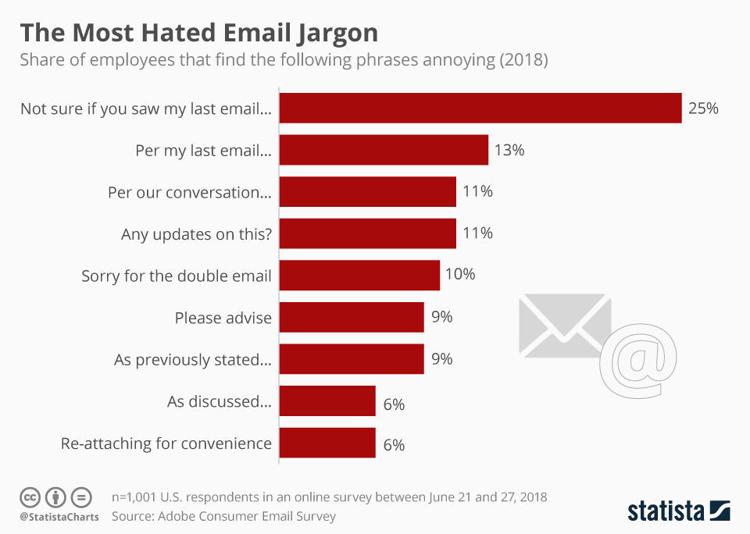 Posted in All Stories